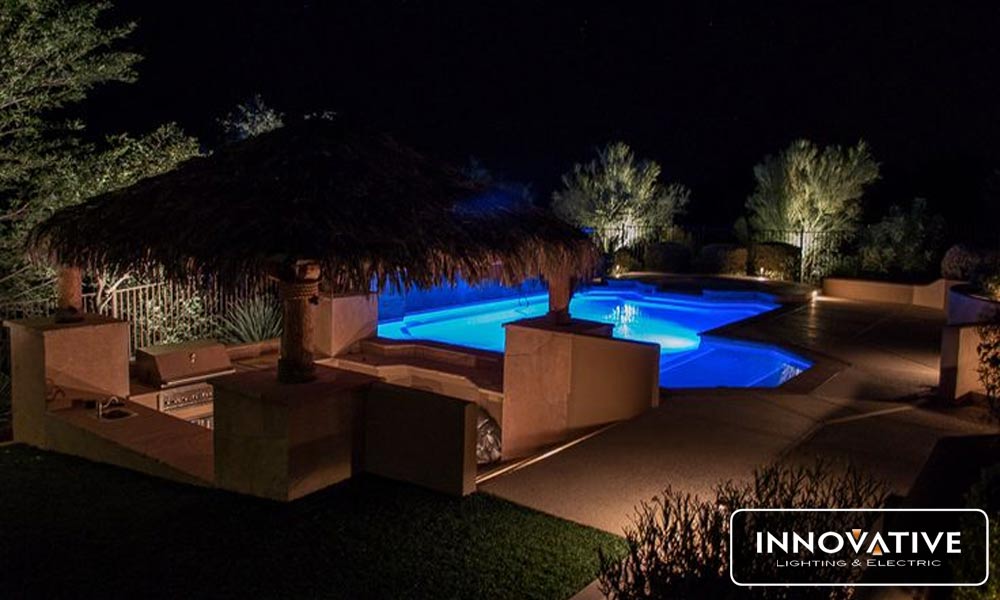 Glaring occurs when the light source is too bright or too big since it directly reflects in people’s eyes. It is important that you consider direct versus indirect exterior lighting.

Direct landscape lighting like the “downlight” installed outside a side-entry door can illuminate most of the objects it is directed to and only a little of its surroundings. Its benefits include the following:

Indirect landscape lighting has the ability to reflect light on surrounding surfaces thus creating a soft wash effect. The following are just some of the benefits it provides:

Most of us learned about the concept of exterior lighting from the sun and sky. A lot of people have become comfortable with this kind of illumination provided that it falls within the widely acceptable contrast ratio. Hence, the era of up-lighting and down-lighting, otherwise known as indirect lighting and direct lighting respectively, has begun. These types of exterior lighting are not entirely new concept because many architectural designs from centuries ago have allowed sunlight to flood on ceilings and walls.

The mixture of direct and indirect exterior lighting allows a beautiful interplay of light. Through this combination, beautiful spots can get the highlight they deserve without sacrificing its surroundings. The result is often “dynamic,” which is achieved from the recreation of the moonlight effect that brings about dancing shadows and light to your landscape.

Exterior lighting allows you to manipulate light at night offering a breathtaking landscape while adding security to the home.

Comments or questions are welcome.